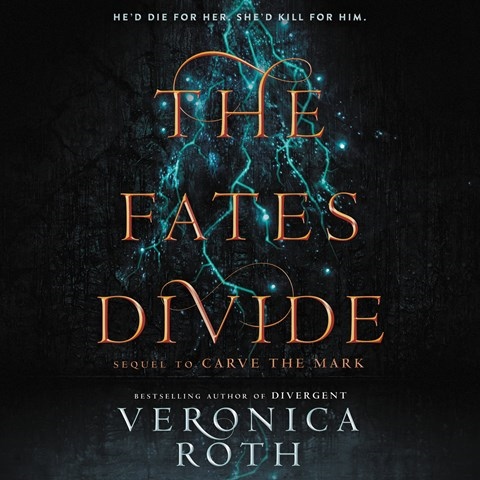 Read by an ensemble cast, THE FATES DIVIDE is the sequel to the sci-fi series Carve the Mark. Despite their fate, Cyra and Akos continue their doomed romance while Cyra's father, the tyrant Lazmet, claims his throne after being thought dead for some time. As a war brews, Cyra and Akos begin a journey to stop Lazmet and ultimately discover where their fates actually lie. The cast does not disappoint in delivering this emotionally charged performance. Each narrator depicts different characters' perspectives and emotions, more so than the previous installment, that focuses on world building and lore. Listeners will enjoy witnessing the relationships develop between the characters while the plot builds to a climax. G.M. © AudioFile 2018, Portland, Maine [Published: MAY 2018]