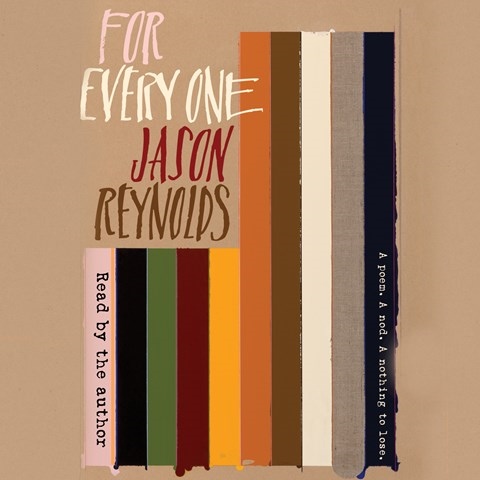 Jason Reynolds performed this poem at the Kennedy Center for the unveiling of the Martin Luther King Jr. Memorial. Now he brings its stirring words to audio, his voice as rich as his powerful message. He wrote this lyrical letter when he believed he might never succeed. At this low point, he speaks to himself, and to "every one" ready to give up dreams. His deep voice is as calming as his realization that it's just having the dream that's important. "Dreams don't have timelines, /deadlines, /and aren't always in /straight lines. Jump Anyway." His warm "Afterwards" puts this piece in the context of his later successes. when, looking back, he can see the import of "drilling deeper" and "finding joy in the midst of the hard work." S.W. Winner of AudioFile Earphones Award © AudioFile 2018, Portland, Maine [Published: APRIL 2018]