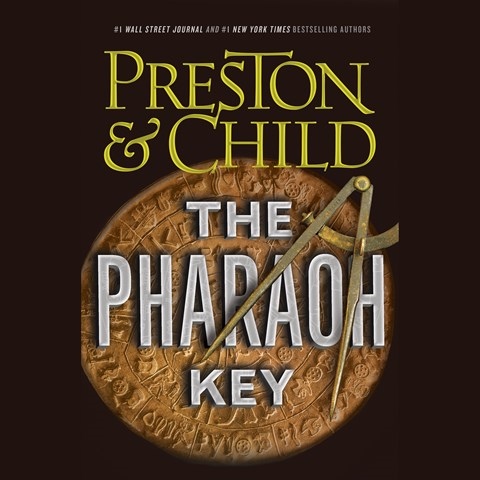 Indiana Jones fans, fasten your seat belts--or more appropriately, your camel saddles--and hang on for a nonstop ride. This audiobook is the fifth entry in the Gideon Crew series. Having had his fatal diagnosis confirmed, Gideon chooses to spend the remaining months of his life with his colleague, Manuel Garza, and an enigmatic geoarchaeologist, Imogen. They're tracking down a mysterious ancient fortune in a remote area of the Egyptian dessert. Narrator David W. Collins returns to portray Gideon, who for a very smart and successful adventurer sounds a bit whiny and peevish. (Maybe dying will do that to you.) He is less successful with Imogen's inconsistent British accent. Most importantly, he successfully differentiates Gideon from the cantankerous Garza. E.Q. © AudioFile 2018, Portland, Maine [Published: MAY 2018]