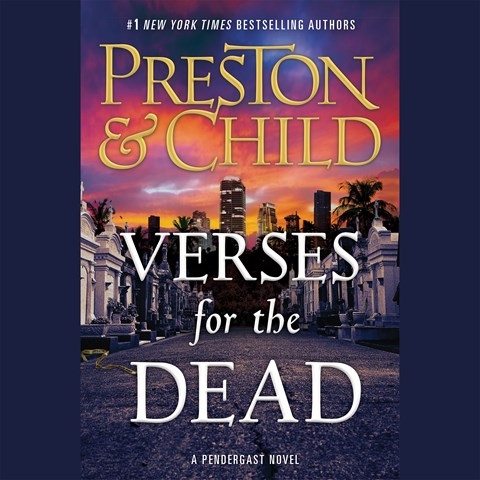 VERSES FOR THE DEAD Pendergast, Book 18

This new entry in the popular long-running series featuring FBI special agent Pendergast adds two new wrinkles for the sharp-as-a-tack investigator: a new boss and a new partner. Narrator Rene Auberjonois brings an acerbic delivery and deliberate pacing to his performance, encapsulating the tension between the two agents as they investigate a series of gory murders on the East Coast. Pendergast, ever in control, is deliciously nervous when interviewed live by a television reporter. Auberjonois, best known for his work on the Star Trek series "Deep Space Nine," draws the listener into the engaging thriller with a knowing and friendly tone. Fans will revel in the back-and-forth between the partners and enjoy the shocking climax and takedown of the killer. R.O. Winner of AudioFile Earphones Award © AudioFile 2019, Portland, Maine [Published: JANUARY 2019]