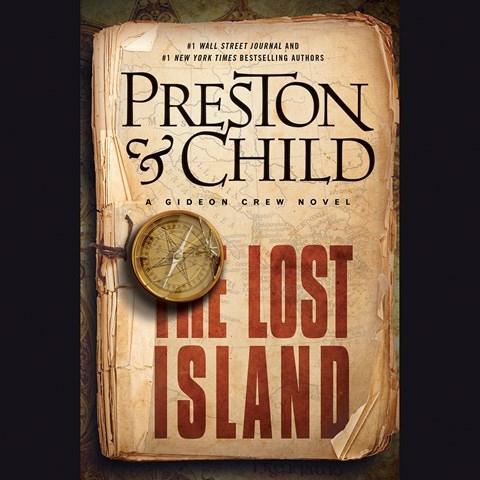 Continuing the Gideon Crew series of adventure novels, Douglas Preston and Lincoln Child add another fast-paced thriller, blending real science with tension, terror, and twists. As the ailing Gideon attempts to solve an ancient mystery, he discovers a long-lost secret that threatens the world, as well as the possibility of saving his own life. While David Collins is a master of enunciation, his narration sounds slightly flat—but still compelling. His vocals for Gideon are understated, allowing the character to command respect through his words and actions rather than his tone. Similarly, Collins gives the crippled Eli Glinn a calculated menace. Collins delivers perhaps his best performance with Amy, Gideon's new assistant, whose high, enigmatic tones slowly reveal the complexity of her character. A.Z.W. © AudioFile 2014, Portland, Maine [Published: JULY 2014]