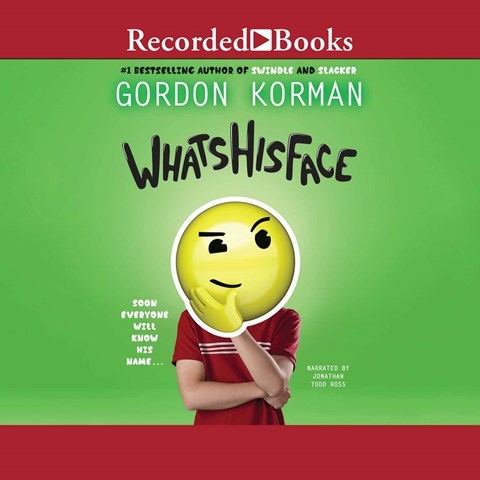 Gordon Korman never fails to create likable characters whom kids can relate to, and narrator Jonathan Todd Ross brings them to life with sympathy and humor. In a town called Stratford, new kid Cooper Vega and his seventh-grade class are preparing to perform ROMEO AND JULIET. As Cooper struggles to fit in, he discovers that his phone is haunted by the ghost of an Elizabethan printer's apprentice named Roderick. The sixteenth-century ghost in the machine becomes Cooper's first friend in his new town, and hilarious adventures ensue as Roddy enthusiastically embraces modern life. Ross's rendition of Roddy's "fancy British accent" and Cooper's attempts to "speaketh" Elizabethan English to his new friend are funny and endearing at the same time. S.C. © AudioFile 2018, Portland, Maine [Published: SEPTEMBER 2018]