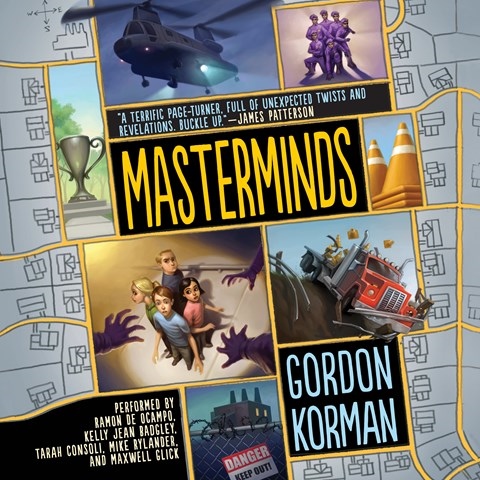 A masterful story and a cast of five individual voices combine to deliver a real thriller. Told in the alternating viewpoints of five teenagers, the story begins in the boring, serene, and aptly named town of Serenity. Ramon de Ocampo as Eli is the best narrator of the quintet, transitioning from a bored, carefree, and pampered teen to a serious young man who is desperately unravelling a disturbing plot. Mike Rylander also shines in the difficult task of voicing Malik, the angry, cynical teen who will earn listeners’ grudging admiration. The five teens, three boys and two girls, will join forces against the adults in a town that is not what it seems. This thriller is the first in a series. L.T. © AudioFile 2015, Portland, Maine [Published: MARCH 2015]