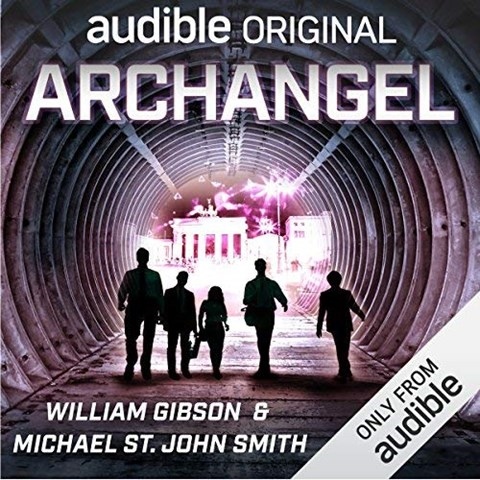 A full cast leads a dramatic adaptation of a William Gibson graphic novel. After a nuclear holocaust, a vicious dictator creates an exact replica of the world in which the disaster never occurred, our world circa 2016. A cabal of operatives attempts to take it over, with only a small group standing in the way. The varied cast masterfully breathes life into the cartoonish characters. Sound effects and music are used to great effect without overwhelming the talented voice acting. The result is a fun and compelling radio drama despite plot holes and uneven pacing. Gibson's comic book adventure shines as a thrilling quick listen with intense voice acting and stellar sound effects. J.M.M. © AudioFile 2018, Portland, Maine [Published: DECEMBER 2018]