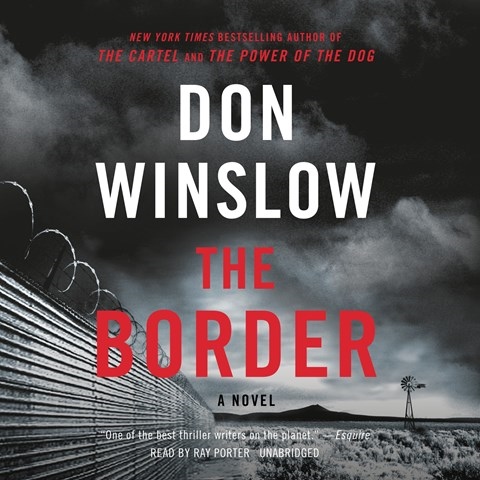 THE BORDER The Cartel Trilogy: Book 3

Narrator Ray Porter depicts Art Keller's turmoil with tenderness and compassion as the DEA agent turned director exposes the corruption associated with America's addiction to illegal drugs.The final installment of this sprawling trilogy about America's drug war in Mexico and Central America moves to the marbled corridors of Washington DC, ending in blood, death, and, eventually, truth. As Keller dramatically testifies on the failed trillion-dollar effort, Porter gives Keller's exhausted and wrung-out persona an edge of desperation and anger. An explosive climax gives the listener a new perspective on a well-covered issue. Keller's decades-long journey reflects the horror and failure of the war against drugs with empathy and sorrow. R.O. © AudioFile 2019, Portland, Maine [Published: APRIL 2019]