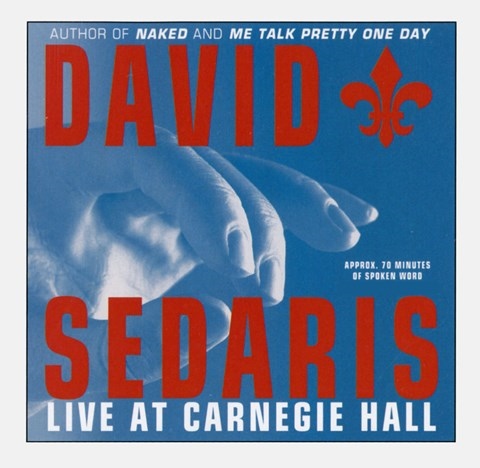 Fans get a preview of Sedaris's next essay collection in this live performance. As he draws from a mix of recent ESQUIRE submissions and new book material, this recording has an even lighter feel than his previous one. Family, fashion, and fake arms aren't safe from his eccentric, hilarious observations. "Six to Eight Black Men," an essay on Holland's Christmas customs, will send listeners into hysterics. Expect Sedaris's signature style--nasal, easy to listen to, and entertaining, especially when he does his deadpan delivery of astonishingly funny lines. This is a real treat for old fans, and an inexpensive introduction for new ones. J.M.S. 2004 Audie Award Winner
(c) AudioFile 2004, Portland, Maine [Published: FEB/ MAR 04]