Home»Reviews»LORD JOHN AND THE PRIVATE MATTER 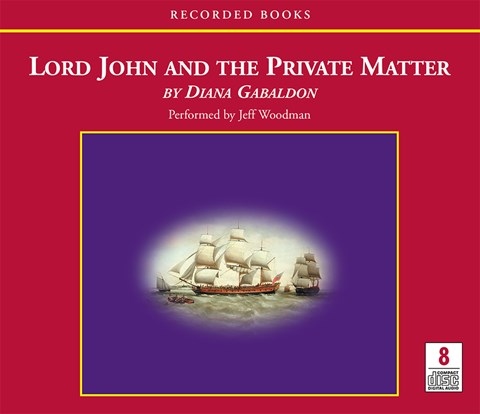 LORD JOHN AND THE PRIVATE MATTER

Jeff Woodman is at his best in another fabulous novel drawn from Gabaldon’s Outlander series. When Lord John observes something that would make the marriage of his cousin to the Honorable John Trevelyan out of the question, he tries to tactfully investigate the disgraceful affliction. To do this, he must visit some of London’s most notorious brothels. Woodman brings every character to life, making each unique and interesting. However, his greatest gift might be the always fascinating conversational tone that he brings to the text itself. Listeners will feel they’re in eighteenth-century London, eavesdropping on private and scandalous situations. Gabaldon and Woodman make fans of even those who shy away from period fiction. S.G.B. Winner of AudioFile Earphones Award © AudioFile 2004, Portland, Maine [Published: FEB/ MAR 04]