Home»Reviews»LORD JOHN AND THE HELLFIRE CLUB 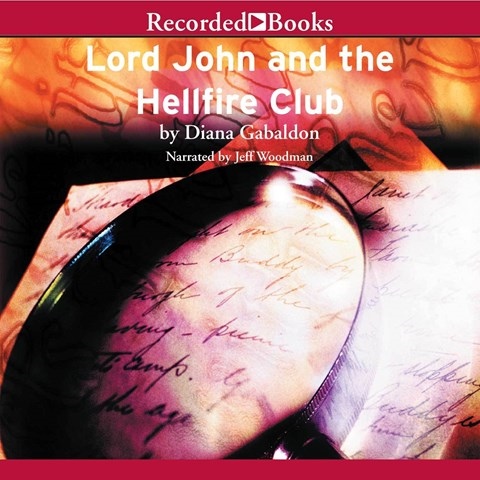 LORD JOHN AND THE HELLFIRE CLUB

Fans of Diana Gabaldon’s Outlander series will enjoy this foray into a secondary character’s exploits. It is 1756, and Lord John Gray meets troubled Robert Gerald. Gerald has been the brunt of a series of slanderous poems accusing him of depraved behaviors. When Gerald is murdered, Gray is invited to Mendenham, the location of “Hellfire,” a notorious gentleman’s club. He accepts, hoping to find some clues to Gerald’s murder. Jeff Woodman does a creditable reading as Gray deals with pederasts, sodomites, and political intrigue. Woodman does his best; however, Gabaldon tries to fill the very short work with too many details and not enough character development. While it’s not necessary to have read the previous novels to understand this one, it would help. S.J.H. © AudioFile 2004, Portland, Maine [Published: APR/MAY 04]