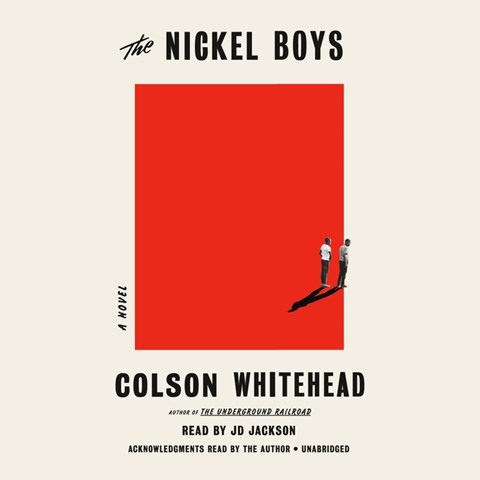 In an unvarnished performance, JD Jackson captures the inevitable aftermath of America's buried legacy of racism and violence. Elwood Curtis was headed for college when he was sentenced to Nickel Academy, a segregated reform school. Inspired by the burgeoning Civil Rights movement, Elwood aims to defy the system and survive with his ideals intact. It's clear-eyed Turner, though, who educates him on survival as a young African-American man under jurisdiction in Florida. The intricate, compact story is comparatively light on dialogue, and Jackson's deep, gravelly voice remains steady while navigating the often harsh narrative. However, when Elwood reflects on the words of Dr. King, Jackson transforms his voice to reflect their echoing impact and the stark contrast to the reality at hand. A.S. 2020 Audies Finalist © AudioFile 2019, Portland, Maine [Published: JULY 2019]