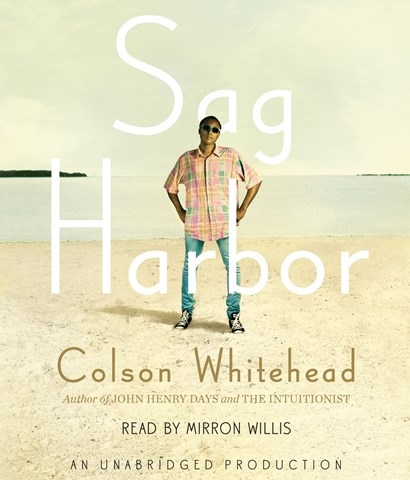 Picture a newly painted white beach cottage under an azure sky in mid-July. Perfect, right? And so are this delightful novel about an adolescent's perennial summer haven in the Hamptons and the buoyant, irresistible narration supplied by Mirron Willis. Willis easily surmounts the trickiest requirement of the production—the tone of an adult voicing a teenager's perspective. How? Willis sounds just like an adult whose imagination returns him to his youth as he describes what he experienced with all the same wonder, insecurity, and hopefulness he had then. On top of all that, Willis is alive to Whitehead's hilarity as he recounts young Benji's reactions to all the small and large issues that preoccupied him that summer of 1985—from race and coolness to braces and girls, siblings and peers, and the foreign universe in which adults reside. M.O. Winner of AudioFile Earphones Award © AudioFile 2009, Portland, Maine [Published: JULY 2009]