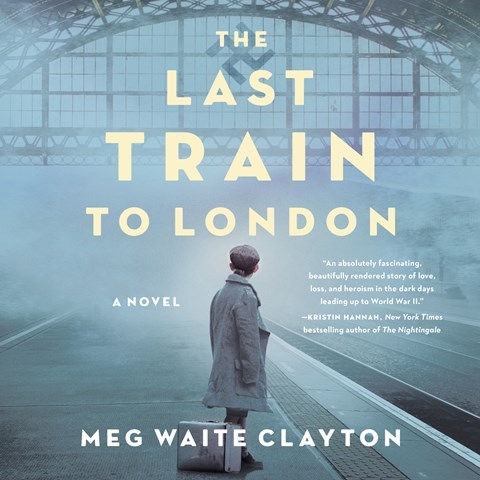 THE LAST TRAIN TO LONDON

This stunning audio tale of the pre-Anschluss rescue of Austrian Jewish children by a grassroots network of volunteers would be effective in any format. Meticulously researched and plotted with subtlety and discipline, Clayton's fictional characters are wonderful, as is the essentially true story of the almost forgotten Truus Wijsmuller, a childless Dutch woman who rescued thousands of children with near suicidal bravery. The venerable John Lee should be perfect for this material, as he is brilliant with European accents and effective at dialogue, but too often here he chooses a mannered singsong for Clayton's sentences, as if more interested in imposing his trademark rhythms on the text than in serving the author's meaning. It's a puzzling choice, but the audiobook remains incredibly moving. B.G. © AudioFile 2019, Portland, Maine [Published: OCTOBER 2019]