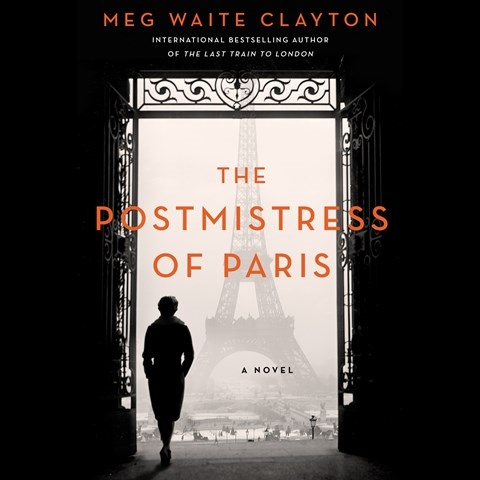 THE POSTMISTRESS OF PARIS

Soft-voiced Imani Jade Powers narrates the bulk of this novel set in Vichy, France. She is especially skilled at capturing nerve-wracking narrow escapes. Indomitable, gutsy American heiress Naneé Gold, portrayed alternately as a lighthearted socialite and a cautious spy, serves as "postmistress" to the French Resistance, delivering messages to artists and writers hiding from the Nazis. In contrast, Graham Halstead adopts a gritty, sometimes sorrowful voice for surrealist Jewish photographer Edouard Moss who, having escaped from a Nazi work camp, dreams of a reunion with his 5-year-old daughter and escape from France. Powers and Halstead fluidly shift from English to French and other European accents while emotionally depicting intense scenes of Nazi encounters. The tension is broken when Powers shifts to descriptions of somewhat normal life in Nanée's villa in Marseilles. M.B.K. © AudioFile 2022, Portland, Maine [Published: FEBRUARY 2022]