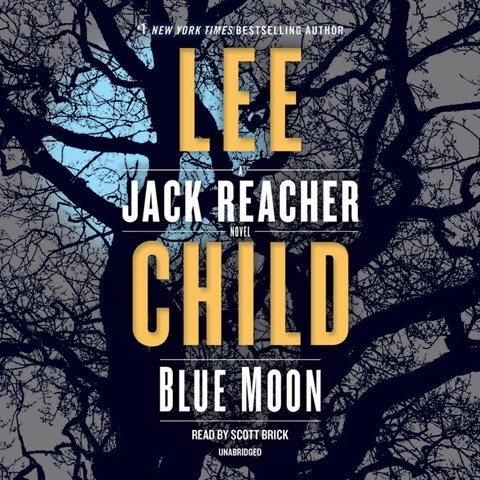 Listeners soon learn that a simple act of kindness inadvertently places series hero Jack Reacher at the center of a war between the Albanian and Ukrainian mobs. Reacher's latest adventure begins innocently enough. He is on a Greyhound bus with no planned destination when he encounters an old man in need of help--Aaron Shevick. Narrator Scott Brick presents Reacher as strong and determined--at times unbending and at times sympathetic. Brick transitions between the thugs of both mobs and an eclectic group of supporting characters, including a love interest, former military men, and a tech genius in hiding. As Reacher attempts to shield Shevick and his wife, he must stay out of the mob war and keep those he has promised to protect alive in the process. K.S.M. © AudioFile 2019, Portland, Maine [Published: NOVEMBER 2019]