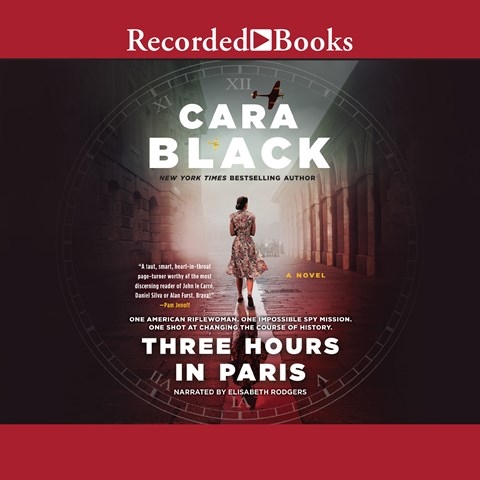 Narrator Elisabeth Rodgers rises to the challenge of performing with American, English, Scottish, French, and German accents. Cara Black gives listeners her first stand-alone novel, which takes place in a 36-hour period in 1940s Paris. The three hours in the title refer to a mysterious visit that Hitler made to Paris in June 1940. Kate Rees, a feisty American sharpshooter, is recruited by British intelligence to parachute into Paris to assassinate Hitler in that time window. Rodgers beautifully pronounces French phrases and also creates differentiated voices for the German officers who are on the hunt for the assassin. Through tone and tempo, Rodgers maintains the action and conveys the palpable fear that permeates Kate's mission. An intense listen from the first scene to the last. E.Q. Winner of AudioFile Earphones Award © AudioFile 2020, Portland, Maine [Published: JUNE 2020]