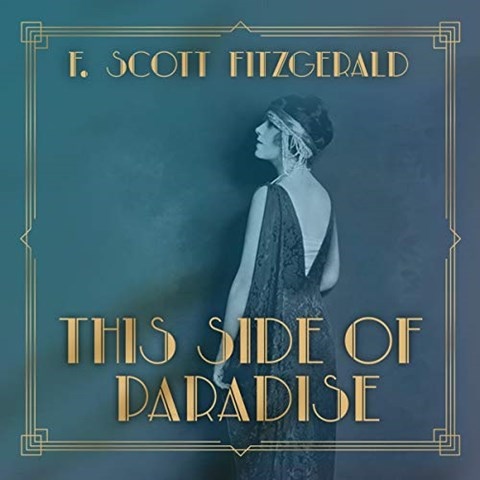 THIS SIDE OF PARADISE

Romy Nordlinger narrates F. Scott Fitzgerald's first novel with genuine warmth and enthusiasm. The story follows the early life of Amory Blaine, a wayward and initially privileged young man, through his college years at Princeton and later disappointments. Fitzgerald deconstructs his protagonist's character as it forms throughout this period. Nordlinger's friendly tone puts a positive spin on the narcissistic character of Amory. Her vocal portrayals smoothly shift between characters, especially in the experimental dramatic dialogue that Fitzgerald incorporates into the second part of the book. In the scenes with Amory's most compelling love interest, Rosalind, Nordlinger deftly captures her slight Southern accent and sensuous candor while catching the falseness behind Amory's confidence. The energy in Nordlinger's narration complements the novel's movement. D.M.W. © AudioFile 2021, Portland, Maine [Published: OCTOBER 2021]