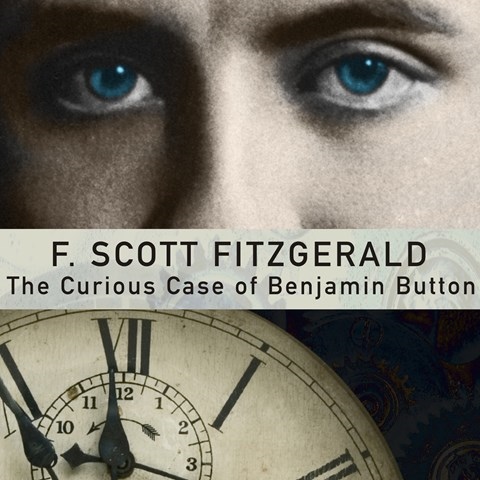 THE CURIOUS CASE OF BENJAMIN BUTTON AND OTHER JAZZ AGE TALES

F. Scott Fitzgerald’s four stories amuse as well as amaze the listener. Soon to be a major film starring Brad Pitt and Cate Blanchett, the title story begins with hilarity, then softens to sadness with a peppering of horror. Grover Gardner, an AUDIOFILE Golden Voice, faultlessly tackles the difficult task of vocalizing a man born at age 70 who progressively ages backwards, creaky at first, then, as he recedes, becoming more youthful. Gardner gives each of Fitzgerald's stories tinges of irony, amusement, and bemused marvel. "The Diamond as Big as the Ritz" is cloaked in a deceptive normalcy until revulsion at the protagonist’s predicament gains dominance. The audiobook also presents Fitzgerald gems "Tarquin of Cheapside" and "O Russet Witch!" A.W. © AudioFile 2008, Portland, Maine [Published: DECEMBER 2008]