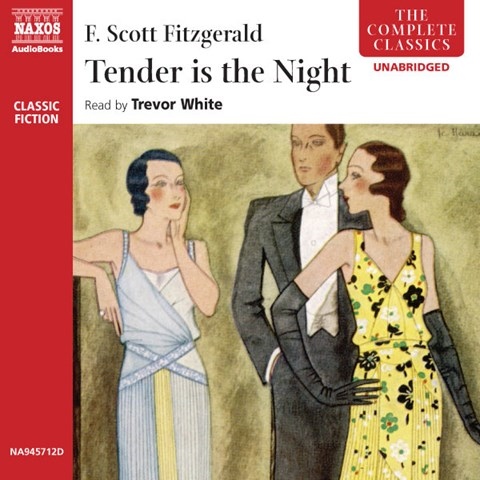 Fitzgerald’s classic depicts the Jazz Age and the beautiful people who congregate on the French Riviera between the wars. In this evocative setting, amid a glamorous and harsh world of film stars, aristocrats, and socialites, Fitzgerald recounts the infatuations of American expatriates Richard Diver, a psychiatrist, and his wife, Nicole, his former patient. In a complex and versatile performance Trevor White skillfully portrays female voices without changing timbre and delivers nonverbal emotional utterances with verisimilitude. His youthful voice, expert pacing, and tone of empathy complement Fitzgerald's poetic chronicle of moral decline and the vagaries of fortune. One cannot overlook the parallels between Fitzgerald’s own life and his account of the Divers, particularly his depiction of a gifted man who is enmeshed with a wealthy and unstable woman. A.W. Winner of AudioFile Earphones Award © AudioFile 2010, Portland, Maine [Published: SEPTEMBER 2010]