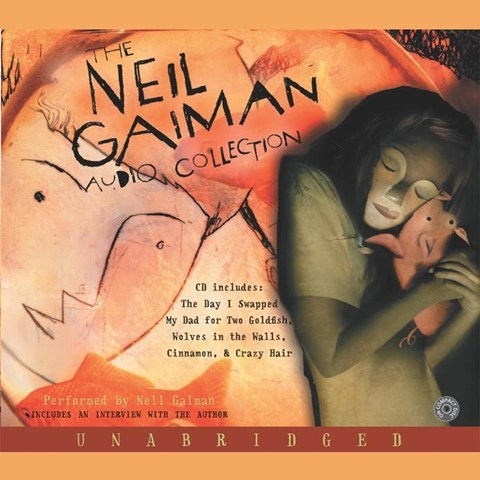 This outstanding collection includes four of Gaiman’s wonderfully offbeat and engaging children’s tales, which showcase his talents as a storyteller for the whole family. From The Wolves in the Walls (playfully scary) to Cinnamon (a touching story in which a little princess is taught to speak by an enormous tiger) to the outlandish The Day I Swapped My Dad for Two Goldfish and the delightfully rhyming Crazy Hair, this collection demonstrates a range of creative energy that will appeal to a wide audience. Gaiman is also a terrific performer who captivates listeners with his pleasant British voice, which is persuasively easy on the ear. The collection includes a charming interview by Gaiman’s young daughter in which we learn why his first children’s book lives in a box in his attic, why he loves to hear authors read their own work, and what it’s like to write for both children and adults. J.C.G. Winner of AudioFile Earphones Award, 2005 Audie Award Finalist © AudioFile 2005, Portland, Maine [Published: APR/MAY 05]