Home»Reviews»THE FALCON AT THE PORTAL 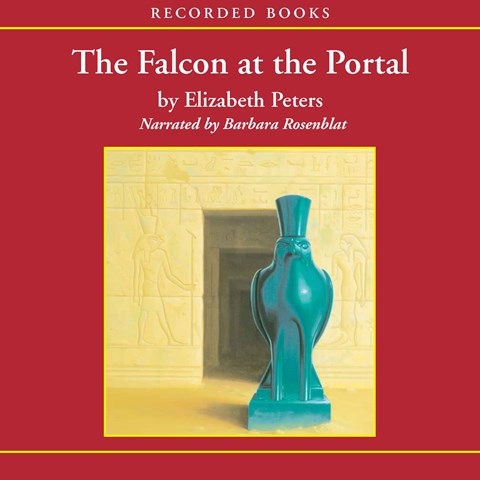 THE FALCON AT THE PORTAL

No one harrumps like Emerson Peabody, and, one must admit, like Barbara Rosenblat. The Amelia Peabody series featuring Egyptologists Amelia and Emerson Peabody is a perfection as read by Rosenblat. THE FALCON AT THE PORTAL is archaeological, sociological, scandalous and hilarious. Ramses, Lia, Nefret, and David are truly growing up in this latest manuscript, but that doesn't mean that Amelia and Emerson are in any way diminished. With murder, impersonation, marriage and betrayal, there's something to keep every member of the family fully occupied. Barbara Rosenblat is Emerson, Peabody, Nefret and Ramses, and they are each so distinct that the listener may believe in multiple personalities. But it's just that Rosenblat is as good at voices as Ramses is at disguises. B.H.B. Winner of AUDIOFILE Earphones Award. © AudioFile 2000, Portland, Maine [Published: AUG/SEP 00]