Home»Reviews»DEAD I WELL MAY BE 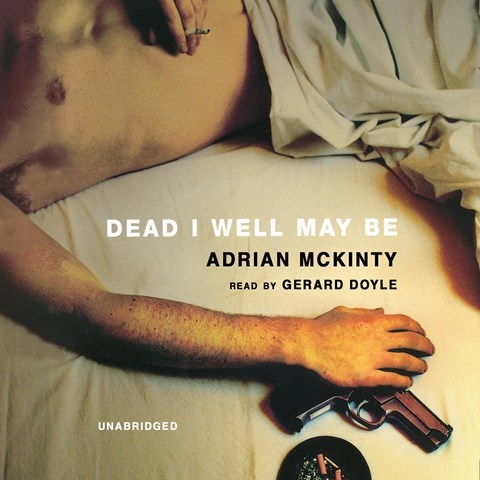 DEAD I WELL MAY BE

Manhattan’s meanest streets, 1991--92, before “Rudy Giuliani cleaned up the City,” remind 19-year-old Michael Forsythe of Belfast, circa 1973, “and there wasn’t even a war here.” It’s a world run by Dominican, Jamaican, Irish, and African-American gangs. Michael is armed with a poet’s soul, an Irishman’s imagination, and a very big gun. He’s the “muscle” for Darkey White, a neighborhood crook. Gerard Doyle gives a riveting performance of Adrian McKinty’s superb venture into Irish noir. Doyle’s slightly bemused Michael survives an urban hell of howling crack addicts, cockroaches, shoot-outs, betrayals, and revenge. Doyle is brilliantly understated, dark and ironic, as Michael withstands the Mexican penal system, a hurricane, and the swamps of the Yucatan. Lyrical, harsh, tender, and brutal, this is an amazing book boasting a stunning performance. S.J.H. Winner of AudioFile Earphones Award © AudioFile 2005, Portland, Maine [Published: APR/MAY 05]