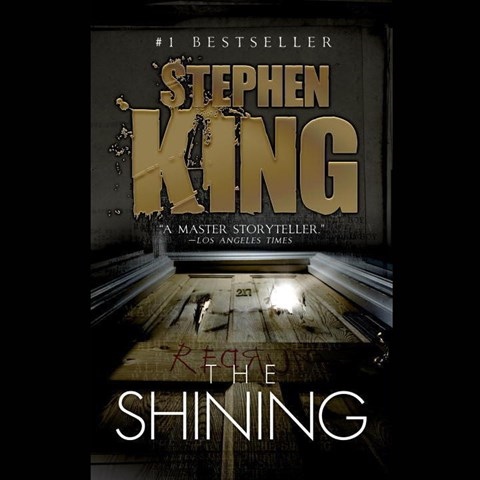 Little Danny Torrence can read thoughts, and the stories in his father’s mind scare him nearly to death. Stephen King’s 1977 classic follows Danny’s family through a terrifying winter as they care for a deserted Colorado hotel whose history is anything but bucolic. Campbell Scott brings a refreshing perspective to the spooky story. Understated, yet fully engaged, he changes point of view between Danny and his parents, leading the listener effortlessly. Scott colors the secondary characters with slight shades of regional accents, bringing them to life without overperforming them. His detached, choppy rendering of horrors from the hotel’s past contrasts with his effusive illustration of its present, wringing every drop of terror from both. R.L.L. 2006 Audie Award Finalist © AudioFile 2006, Portland, Maine [Published: APR/ MAY 06]