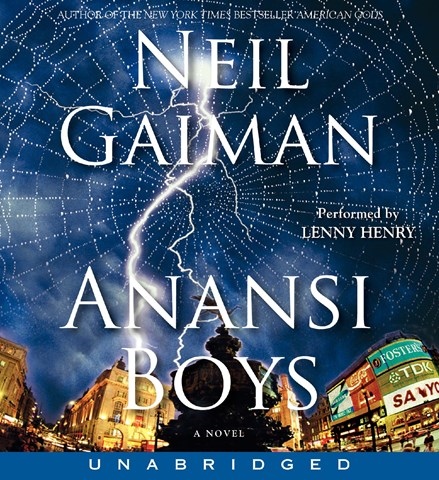 Neil Gaiman's AMERICAN GODS presented a modern look at ancient gods that left fans wanting more about the characters. Gaiman's ANANSI BOYS focuses on the ancient African spider-god Anansi the Trickster. Narrator Lenny Henry has one of those great British voices that is always interesting. His perfect use of Caribbean accents and strange animalistic human voices is a joy. The story of the sons of Anansi, one with god-like powers and the other human, is compelling. Gaiman offers a twist that alone makes the story worthwhile. One amusing aspect is that one of Henry's characters, a bird-woman, sounds exactly like Yoda from STAR WARS. M.S. © AudioFile 2001, Portland, Maine [Published: DEC 05/ JAN 06]