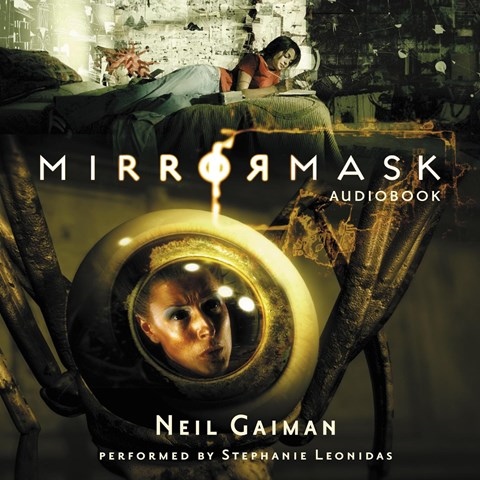 Young British television actress Stephanie Leonidas reprises her film role as Helena Campbell, the daughter of circus performers who is cast into a dark realm that is part ALICE IN WONDERLAND, part WIZARD OF OZ, and part Salvador Dali. In a moment of rebellion, Helena wishes her mother dead. Later that evening, her mother falls into a coma, and Helena soon falls into a bizarre fantasy world in which a Dark Queen tries to wipe out Helena’s past and make her a Dark Princess. Leonidas reads with a rich, sweet voice but lacks the energy and emotional intensity of her on-screen performance. Still, her enticing accent coupled with Gaiman’s off-kilter storytelling makes MIRRORMASK a delightful, if at times spooky, family audiobook. S.E.S. © AudioFile 2006, Portland, Maine [Published: AUG/ SEP 06]