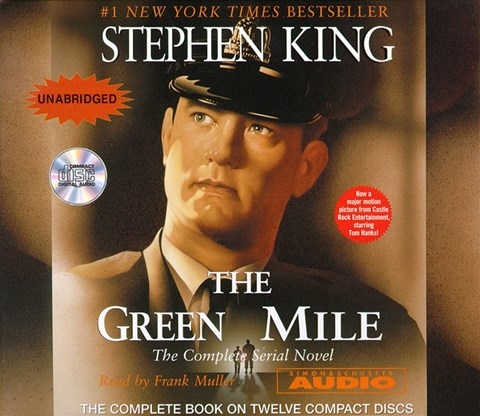 Muller has become the voice of Stephen King because he’s perfect for King’s weird characters. This plot about Death Row and the people who inhabit it calls for a weak and dying old woman, as well as a seven-foot black giant who is incarcerated for a brutal murder but is as gentle as a feather. Through tone and emphasis, Muller takes you inside the minds of both characters. The only drawback to hearing this serialized book in a set is that you won’t put time between the parts as King intended by publishing the book over a period of 10 months. J.E.G. ©AudioFile, Portland, Maine [Published: JUN 97]