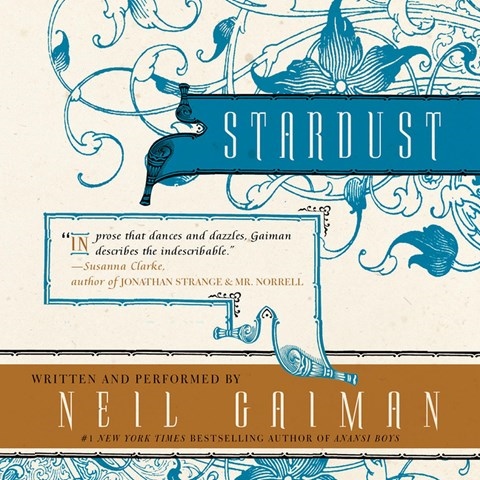 In an enchanting fairy tale for adults, Tristran Thorn sets out to fetch a fallen star in order to win the heart of his true love. But the star turns out to have a personality all her own and leads Tristran into adventures and discovery. Gaiman captures the magic and ethereality of his own work with a light touch and tender tone. He infuses the minor characters with larger-than-life accents that stop short of over-performance while imparting depth and wonder to the story’s protagonists. One senses the book flowing through his voice and his pen, as though he were telling it for the first time in this performance. The effect works perfectly. R.L.L. © AudioFile 2006, Portland, Maine [Published: DEC 06/ JAN 07]