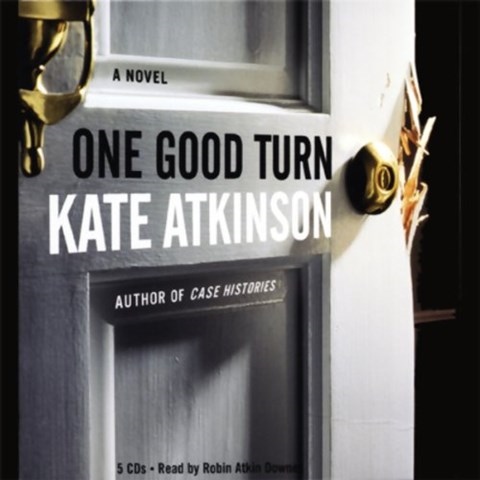 Millionaire Jackson Brodie, ex-cop and ex-PI, witnesses a "road rage" attack outside an Edinburgh theater. Small-time thug Paul Bradley is beaten with a baseball bat by the driver of the Honda that rear-ended him. Another witness, mystery writer Martin Canning, saves Bradley by throwing his laptop at the attacker's head. There are other witnesses, but it's Canning whom the "Honda Man" later begins to stalk. When Brodie agrees to "bodyguard" Canning, he's thrust into contact with a suspicious medley of shady characters. Robin Atkin Downes has a field day playing all the interlocking characters, and it's his Scots brogues and crackling one-liners that most impress the listener. A magnificent performance. M.T.B. © AudioFile 2007, Portland, Maine [Published: APR/ MAY 07]