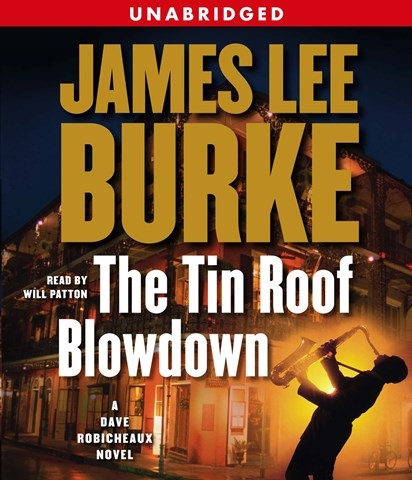 If this isn’t the best iteration of the long-running Will Patton/James Lee Burke audio collaboration, it has set the bar very high. Patton’s Detective Dave Robicheaux sounds gruff, philosophical, and human while Robicheaux’s childhood friend, Clete, an ex-cop, alcoholic PI, and loose cannon, has a dark, gravel voice that seems to come from Patton’s ankles. Clete is tracking some bail bond skips who turn out to have committed a string of other vicious crimes before, during, and after Hurricane Katrina, including rape, murdering a priest, and burglarizing the house of the city’s toughest mobster. (Mistake.) Burke’s portrait of shattered New Orleans itself is heartbreaking—but for sheer evil, the bland, warm-custard voice Patton gives psychopath Ronald Bledsoe will scare your socks off. B.G. Winner of AudioFile Earphones Award, AudioFile Best Audiobook of 2007 © AudioFile 2007, Portland, Maine [Published: DEC 07/ JAN 08]