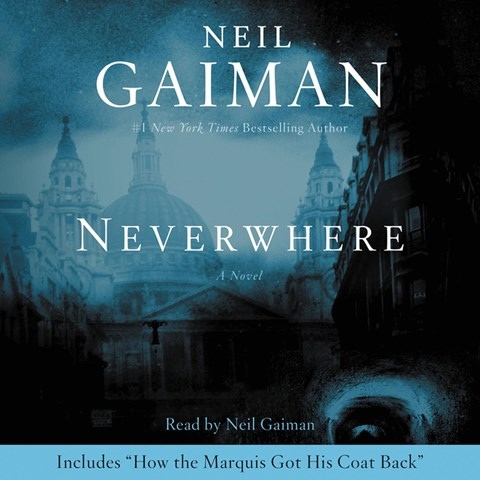 NEVERWHERE is the novelization of a BBC television series of the same name, also written by Neil Gaiman and originally aired in 1996. The story is an urban fantasy set in London—and in London Below, where an entire society exists, unnoticed by the people at ground level. An ordinary fellow named Richard Mayhew helps a girl who crosses his path one day, and his life takes a magical and dangerous turn. One certainly gets the sense that Gaiman enjoys narration, a quality that makes all of his audiobooks enjoyable listening. A highlight in this one is his performance of the villains Mr. Croup and Mr. Vandemar—both deliciously diabolical. S.D.D. 2008 Audies Finalist © AudioFile 2008, Portland, Maine [Published: APR/ MAY 08]