Home»Reviews»LORD JOHN AND THE HAND OF DEVILS 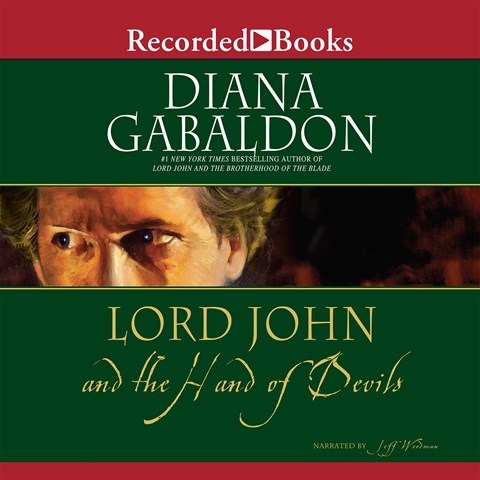 LORD JOHN AND THE HAND OF DEVILS

Jeff Woodman bridges time in his portrayal of a villain made infamous in Gabaldon's Outlander series, now a hero of Gabaldon's Lord John Grey novellas. Grey is an eighteenth-century gay military man whose sleuthing seems built from his ability to understand the underbelly of life because of what he hides. Gabaldon's rambling prose, tight in these shorter pieces, still has a colorful cast of characters. They find full realization in Woodman's lively delivery of dialogue. Woodman's narration is vigorous and precise, and he is especially good at the nuances of class. Woodman also takes on a ghost, as well as a queen, as Grey ferrets out treachery at all levels of the military. S.W. © AudioFile 2008, Portland, Maine [Published: MAY 2008]