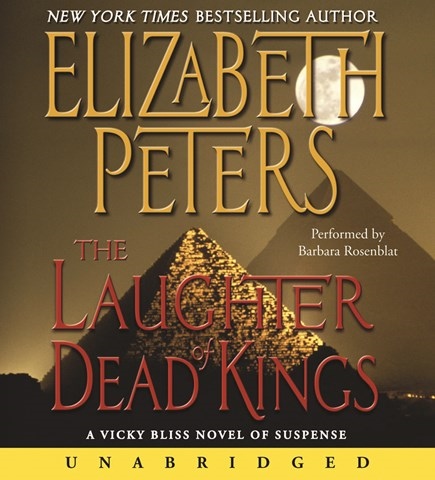 THE LAUGHTER OF DEAD KINGS

It's Elizabeth Peters doing what she does best. A little intrigue, a little Egyptology, a dash of romance, all leavened with a touch of humor. Best of all it's Barbara Rosenblat doing what she does best, delivering with her usual flair this sixth Vicki Bliss book as no one else can. Rosenblat embodies all of Vicki's wit and spunk, as well as her weakness for her handsome boyfriend John, an art thief turned art dealer. You can just hear Vicki purr when John persuades her they have a few moments to "relax" before getting on to something else. Now Vicki's newfound trust in John is put to the test when their friend Feisal shows up to say that King Tut's mummy has disappeared and John is the chief suspect. D.G. Winner of AudioFile Earphones Award © AudioFile 2008, Portland, Maine [Published: OCTOBER 2008]