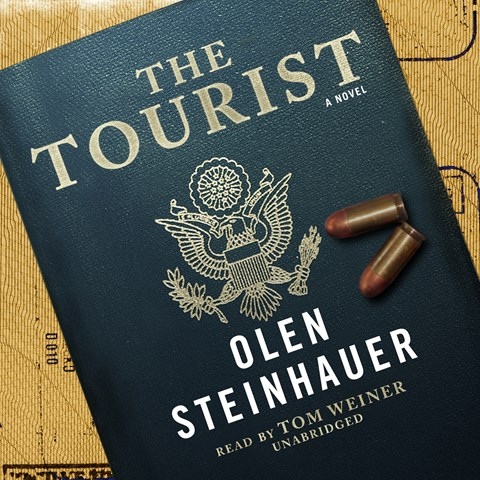 "Tourists" are the CIA's special team of assassins spread across the globe. Retired tourist Milo Weaver knows that to survive, he must trust no one—especially another tourist. Narrator Tom Weiner gives Milo the gravitas of a man disillusioned by an amoral world. Milo faces danger, deception, and death at every turn, and Weiner makes it plausible. Is the red-bearded man the connection to Muslim terrorists? Is the CIA responsible for the assassination of a Sudanese holy man to keep China from buying Sudanese oil? As well as handling Steinhauer's mind-boggling pacing and serpentine plotting, Weiner turns secondary characters into individuals—"The Tiger," an assassin dying of AIDS; a tenacious Homeland Security investigator; the devious CEOs and assorted thugs at the CIA. A super spy thriller. S.J.H. Winner of AudioFile Earphones Award © AudioFile 2009, Portland, Maine [Published: JUNE 2009]