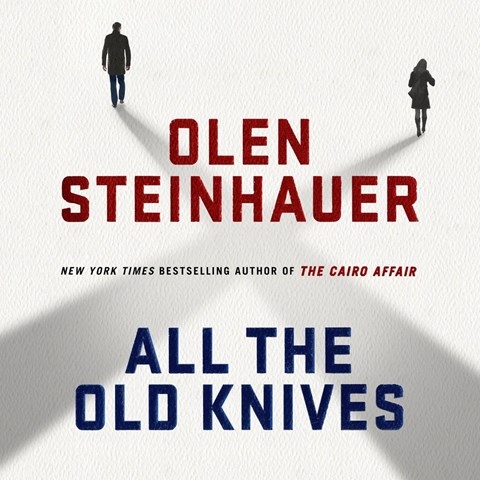 ALL THE OLD KNIVES

Narrators Ari Fliakos and Juliana Francis Kelly serve up a meaty meal of sexual tension and regret as they portray former lovers and CIA agents in Steinhauer’s latest contemporary espionage. The story plays out over an innocent dinner during which the ex-partners explore the details of a tragic incident involving a hostage crisis. Fliakos uses a dry, world-weary delivery while Kelly adopts a snide tone that reflects her new life outside the world of espionage. The poignant regressions delivered with aplomb by Fliakos and Kelly allow the story to unfold from the points of view of the characters and reflect their intelligence and expertise, as well as the stress of protecting American interests in the necessary job of spycraft. R.O. 2016 ALA Media Award, 2016 Audies Finalist © AudioFile 2015, Portland, Maine [Published: APRIL 2015]