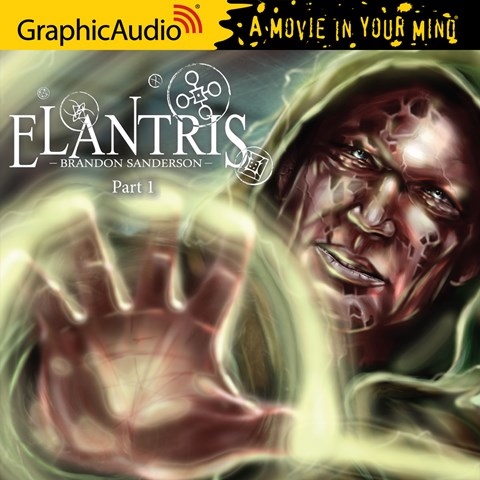 by Brandon Sanderson | Read by James Konicek and a Full Cast

In the first half of Brandon Sanderson's stand-alone fantasy, a prince struggles to surmount a devastating magical curse. At the same time, his betrothed (whom he has never met and who believes him dead) works to save her fiancé’s country from political collapse and prepare it for a holy war. The production, featuring a full cast backed by music and sound effects, strongly accentuates the stagey nature of this type of high fantasy. It's hard to decide whether the radio-play treatment adds dimension or inadvertently weakens the story. The actors playing clever Prince Raoden, conflicted priest Hrathen, and cautious friend Galladon are particularly convincing, but the actress voicing Princess Sarene overplays the heroine stereotype of a smart, feisty woman in a man's world. A.B.G. © AudioFile 2009, Portland, Maine [Published: JULY 2009]