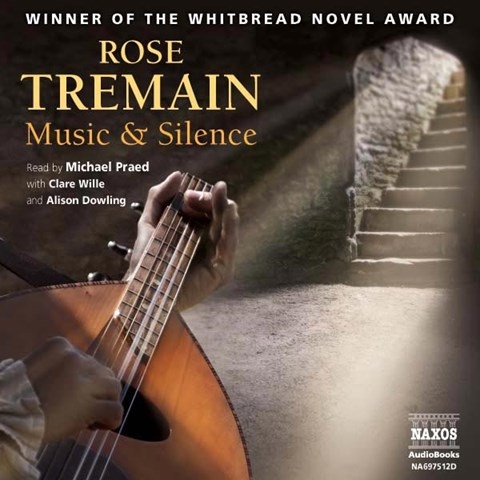 English lutenist Peter Claire performs in the royal orchestra of King Christian IV's seventeenth-century Danish court, stirring the hearts of the principal women in this novel. Royal family dynamics are interwoven with love and lust as Claire catches the eye of the king and achieves a far-flung influence on a number of fronts—his political clout reaches from a widowed Irish countess of Spanish origins to the workers in the Scandinavian silver mines. Chapters are interspersed with delicate lute chords, and the alternating voices of the readers animate the narrative of each of the main characters. Feminine and breathy, Alison Dowling and Clare Wille give velvety, expressive voices to the female characters' tales. Michael Praed's strong, unaffected speech depicts the intensity and desperation of the characters he portrays. Mortal danger and the prospect of tragedy build as the narrators deliver their spirited array of voices. A.W. © AudioFile 2009, Portland, Maine [Published: SEPTEMBER 2009]