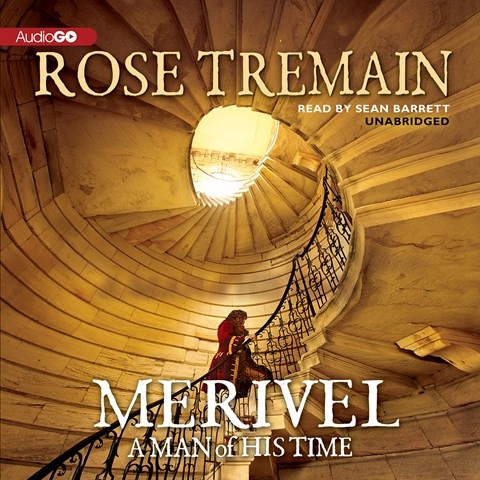 MERIVEL A Man of His Time

In a droll tone, Sean Barrett delivers the fictional autobiography of Robert Merivel, physician to kings, as he reflects on his life from the mid- to the late 1600s. This second installment in the story of a man who doesn't really do anything except mooch off aristocrats in England and France takes listeners from the court of Charles II of England to that of Louis XIV in France. There Merivel, dissolute and pitiful, hopes to serve as a secondary doctor to the Sun King. After a month without an audience in Versailles, Merivel, depressed and disillusioned, accepts the invitation of Louise, Madame de Flamanville, to be a guest in her home in Paris. As Barrett recounts the quotidian dealings and events of the doctor's life, his fluid performance draws the listener into Merivel's story despite its monotony. M.B.K. © AudioFile 2013, Portland, Maine [Published: SEPTEMBER 2013]