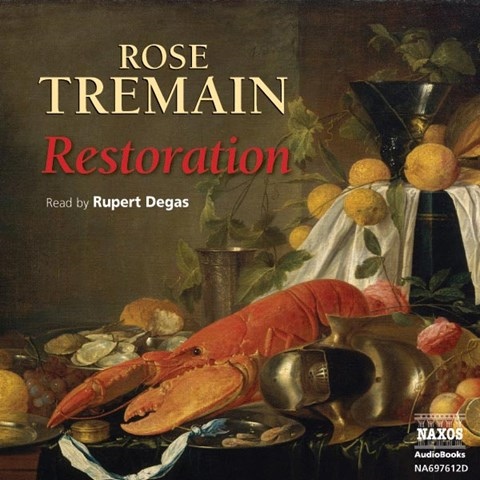 The restoration of the English monarchy, in the person of Charles II, forms the background for Tremain’s historical fiction, which follows the life of the profligate courtier Robert Merivel. Initially favored by Charles, Merivel goes from triumph to despair—as does the restored King himself. Rupert Degas captures Merivel’s character perfectly—his self-important foolishness during his time in the limelight and his bumbling nature during his lowest lows. When combined with Tremain’s amazing eye for detail, the story shows great promise. The abridgment, however, breaks the flow to an extent that it loses much of its power. J.L.K. © AudioFile 2011, Portland, Maine [Published: AUGUST 2011]