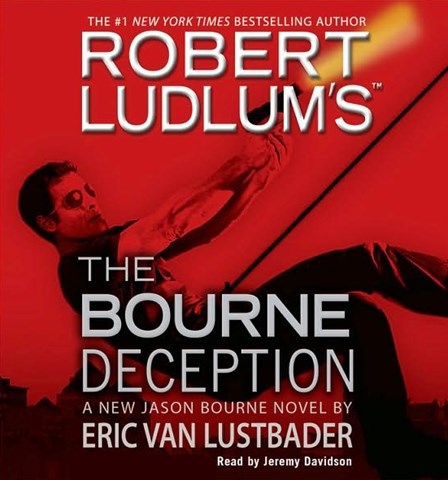 Realistic sound effects and an exciting musical score enhance this reading of Eric van Lustbader’s fourth “Bourne” novel, the seventh novel in the series, including the three original titles by Robert Ludlum. Jason Bourne, superspy in search of his past, goes head-to-head with his evil counterpart in an international thriller involving a military independent contractor and an apparent attack by Iranians on a civilian airliner. The story, which at times is almost mystical, will entertain listeners even though it lacks the soul and refined plotting of the Ludlum trilogy. But Jeremy Davidson’s reading is strong, and as said above, the music and sound effects that run throughout add to the experience. S.E.S. © AudioFile 2010, Portland, Maine [Published: AUGUST 2010]