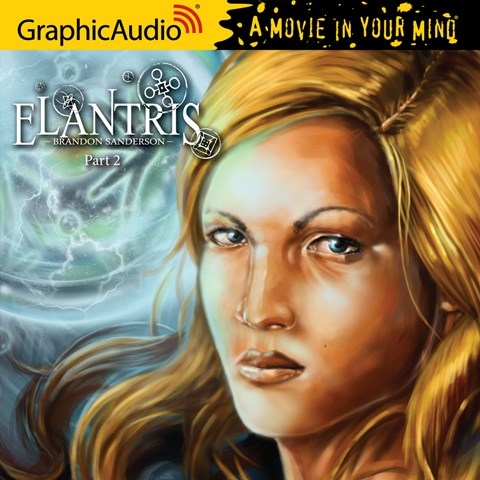 by Brandon Sanderson | Read by James Konicek and a Full Cast

Elantris, once a glorious capital city of magical beauty and god-like beings, is now decayed. The magic that sustained the city and its inhabitants stopped working. Can it be restored to its former luster? The second of a three-part dark epic fantasy combines a narrator and a thirty-voice cast. Narrator James Konicek delivers a straight reading while the others give dramatic performances of the characters. Accompanying music and sound effects are featured—turning carriage wheels, footsteps, background conversations—although some listeners may think their frequency overwhelms the story. The story itself involves engaging themes: religious freedom, political greed, and individual rights. Audio theater fans will enjoy this production. A.L.B. © AudioFile 2009, Portland, Maine [Published: DECEMBER 2009]