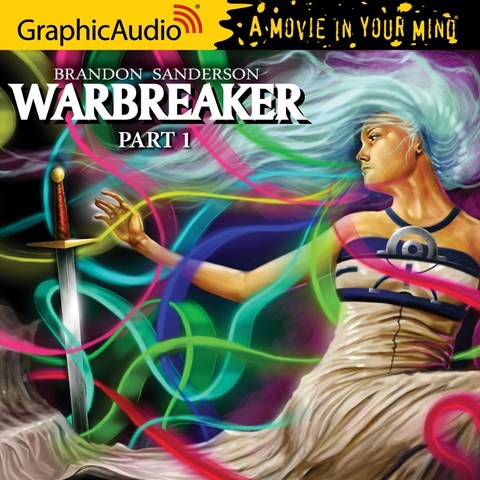 by Brandon Sanderson | Read by Dylan Lynch and a Full Cast

In this full-cast production, the King of Idris must relinquish his daughter, Siri, to the God King of Hallandren, a "living-dead" monarch. But the sacrifice becomes the tipping point in what may well lead to all-out war. Meanwhile, Siri's sister, Vivenna, risks her life and compromises her morals to protect Siri. This first book of the Warbreaker trilogy contains a good mixture of explanation, exploration, and action, all of which is colored wonderfully by the voice actors, sound effects, and musical score. In particular, this world's magic—biochrome—which deals with a mixture of life-breaths and color, is aurally created with just-right sounds of wind chimes and light breathing. L.E. © AudioFile 2010, Portland, Maine [Published: APRIL 2010]