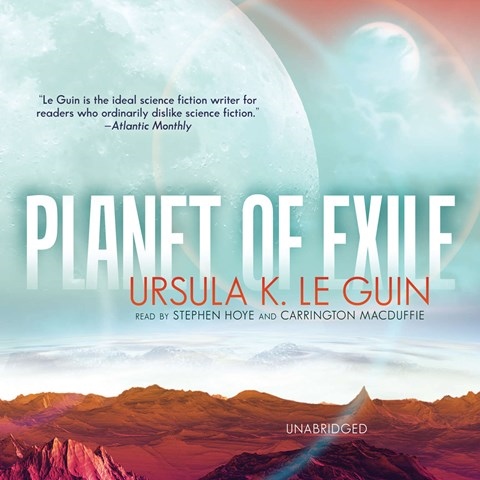 Though a bit dated and certainly not one of Le Guin’s most impressive works, this book is performed quite well, with Stephen Hoye and Carrington MacDuffie switching off as dual narrators. As two humanoid races prepared for a harsh winter in an unforgiving environment, they must overcome their prejudice toward each other in order to protect themselves from another race that has the means to obliterate them. The narrators trade off as the story’s point of view switches between a male and a female. While Hoye and MacDuffie give formidable performances, the decision to have dual narration is a bit dubious since that gender consistency is not entirely maintained throughout the novel. L.E. © AudioFile 2010, Portland, Maine [Published: MARCH 2010]