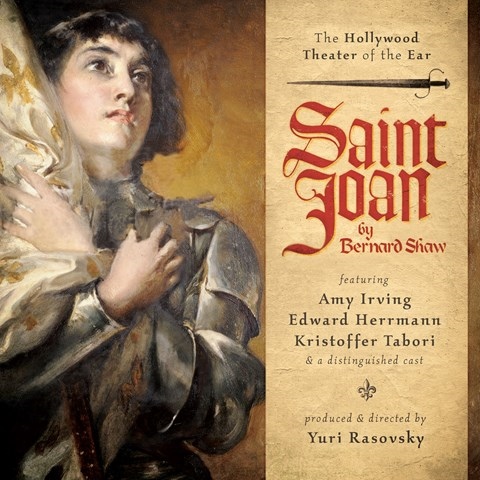 SAINT JOAN A Chronicle Play in Six Scenes and an Epilogue

Those who doubt the power of radio theater should be silenced by this performance of what has been called "the most fervent thing Shaw ever wrote." SAINT JOAN tells the story of Joan of Arc—not the saint, but the girl, a girl who is defiant, nonconformist, spirited. Also told is the story of a France not ready for her, a church that fears her, and barons and earls who fear her seeds of nationalism. This production features a star-studded cast: Amy Irving plays an inspired Joan; other players include Robertson Dean, Scott Brick, and Stefan Rudnicki. Sound effects and music are understated but also unnecessary as the cast more than carries the heartbreaking story. F.G. Winner of AudioFile Earphones Award, 2011 Audies Winner © AudioFile 2010, Portland, Maine [Published: JULY 2010]