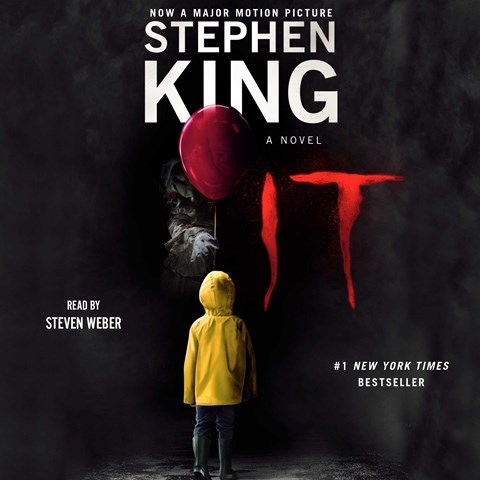 For a book with such a tiny title, Stephen King’s IT is one huge undertaking. It's a good thing actor Steven Weber is on board to perform it, all 45 hours of it. Weber is skilled at wringing all the emotion, evil, and mystery out of King’s book about an ancient evil that haunts a Maine town and the seven childhood friends who band together to destroy it. He delivers a good Maine accent, a malicious clown, several women, and a giant screeching spider-thing. King does not spare the ink in this one, layering detail upon detail until the listener knows everything there is to know about the characters, the town, and the monster that lives under its surface. Maybe too much. At 45 hours, IT demands commitment. M.S. © AudioFile 2010, Portland, Maine [Published: AUGUST 2010]