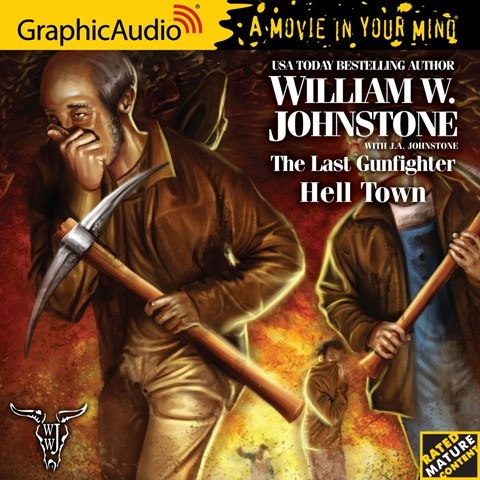 Gunslinger Frank Morgan has gone legit and become the marshal of a one-horse town called Buckskin. Things are quiet except for the occasional quick-draw who thinks he can beat the legendary gunfighter. But all that changes when silver is found and three mines compete for workers and a bigger share of the precious metal. The latest chapter in Johnstone’s Last Gunfighter series employs more than two dozen actors and skillfully uses music and realistic sound effects to create the “movie in your mind” for which GraphicAudio is famous. Equal parts cowboy fantasy and harsh reality, this is a right powerful piece of work. M.S. © AudioFile 2010, Portland, Maine [Published: JULY 2010]