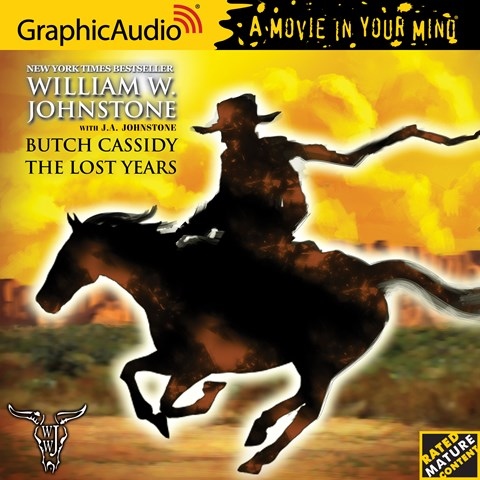 A full cast takes on a question that has plagued historians for years: Was Butch Cassidy killed on November 3, 1908, by the Bolivian army, or did he lead a secret life under an assumed identity? In Texas in 1950, Pinkerton detective Nathan Tuttle learns the stunning truth behind that infamous shoot-out. After fleeing South America, Butch returns to Texas and assumes the name Jim Strickland. A trap is set that results in a showdown between Butch and the law. The full-cast pours spirit into a wide array of likable characters, with each cast member adding dimension to his or her portrayal. This dramatic presentation enhances the Johnstones' lively writing style with its plentiful dialogue. S.C.A. © AudioFile 2013, Portland, Maine [Published: DECEMBER 2013]