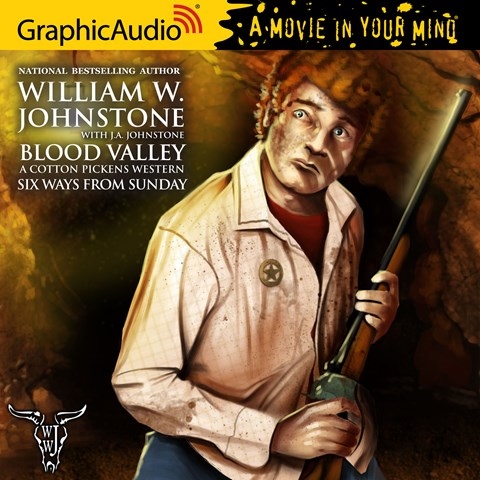 Cotton Pickens is resuming where he left off in Blood Valley. However, he's left behind his duties as sheriff to try his hand at mining for gold. The full-cast production, led expertly by Ken Jackson, is a treat, even for those who've never tried a Western. The humor is infectious, characters are appealing and realistic, and sound effects add to the boisterous atmosphere. Johnstone's story and dialogue—involving crooks who are are buying up mines and destroying the lives of miners and their families—are well presented. The villain lives in a Pullman Palace car and is called Carter Scruples, and Cotton Pickens takes him on. A fun listen. S.G.B. © AudioFile 2012, Portland, Maine [Published: OCTOBER 2012]