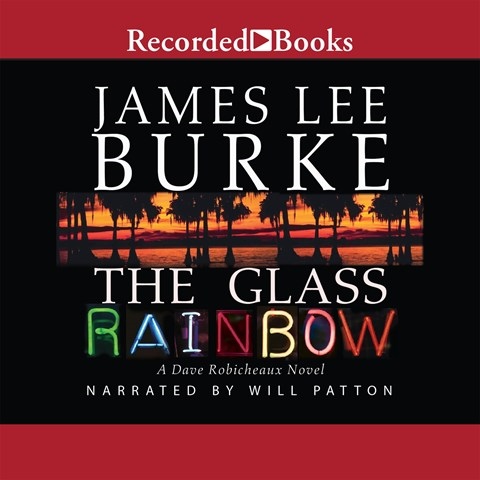 Long ago, listeners met Dave Robicheaux, a troubled, flawed lawman in New Iberia Parish, Louisiana. Eighteen episodes later, Robicheaux, in his eighth decade, is a bit creakier, more philosophical about life and death, and as alive, hot-blooded, and admirable as ever. Robicheaux, daughter Alafair, and best friend Clete Purcel encounter pure evil in a degenerate family of landed gentry, amoral government-supported oil interests, a psychotic ex-con, and a sleazy assortment of street skells. Will Patton is perfection. His characterizations are full bodied, and his descriptions of the natural world are filled with awe. The electrifying conclusion will leave listeners longing for the next installment. Burke’s breathtaking prose and Patton’s expert performance make THE GLASS RAINBOW among the best in the series. S.J.H. Winner of AudioFile Earphones Award © AudioFile 2010, Portland, Maine [Published: AUGUST 2010]